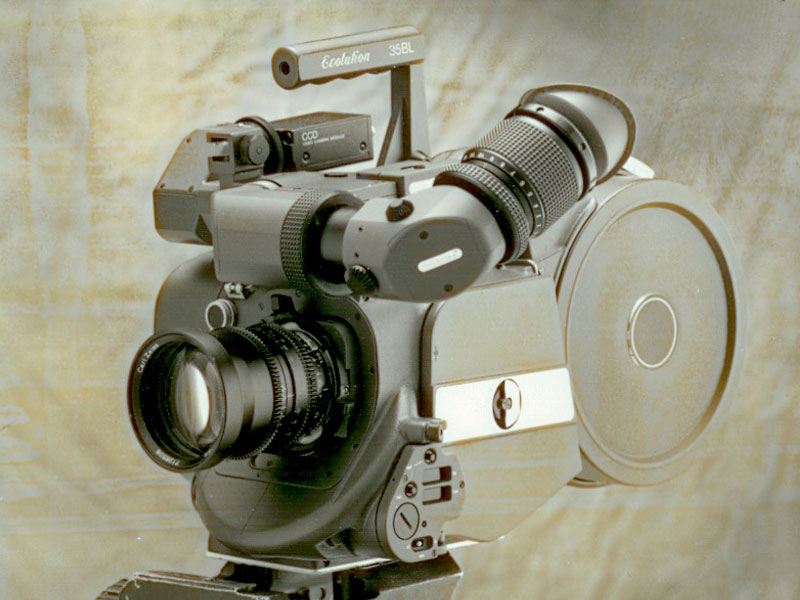 The company was founded in 1990 by engineers from ARRI headquarters in Munich. In 1993, P+S TECHNIK entered the international market and has since received a renowned reputation as a competent and professional partner for solutions and products of the highest quality in the cine world.

Thanks to the close relation with experienced camera professionals and our consistent innovative ability, we are pioneers in the field of opto-mechanic solutions. This philosophy led to the development of versatile, reliable and future-proof tools to capture exceptional images.

P+S TECHNIK started its career with the support of ARRIFLEX products and conversions and became worldwide best known for the award-winning P+S TECHNIK image converter MINI35 and PRO35. Nowadays the company offers a wide range of optics products, especially anamorphic lenses and is a worldwide leading company for professional lens rehousing.

We are proud to provide innovative products based on high-level development and manufacture to a globally operating cine industry since more than a fourth-century.

1993 - A special year when P+S TECHNIK entered the international market and focused on refurbishing existing camera technology, with a concentration on film movement systems and pan-able optical view-finders. Since then P+S TECHNIK is known as competent and professional partner for solutions and products the highest level.

In 1996 they launched their first optical lens system, a complex snorkel and borescope system, the T-Rex SuperScope.

Based on the launch of the Canon XL1, the first small camcorder with detachable lens in 1999, the idea for the image converters Mini35 and Pro35 was born. Those award-winning image converters represented the fusion of classical 35mm film lenses and video recording. With the development of these products P+S Technik influenced decisively the transformation to the digital film.

In 2002 P+S Technik did start their very first lens rehousing project. The rehoused Zeiss ZF still photography lenses were marketed as 35Digital lenses with geared focus rings as a perfect companion of the famous Mini35 and Pro35 image converters.

In 2004 the SKATER® Mini dolly was launched and following the ideas of Director / DP Sebastian Cramer a whole product family has been continuously developed. The fact that the SKATER® delivers an optimal performance in practice was proven in 2007: The SKATER® Mini and its family of products received the Technical Achievement Award by the Academy of Motion Picture Arts and Sciences in Los Angeles as well as an Emmy plague in 2008.

The SKATER® product family was completed that year with the SKATER Scope, the most compact snorkel lens system on the market and one stop faster than the T-Rex SuperScope.

In 2005 the WEISSCAM HS-1, the first camera of P+S TECHNIK, was developed in cooperation with DP Stefan Weiss. The digital high-speed camera is suitable for extreme slow-motion picture in commercial and sport takes. The new WEISSCAM HS-2 MKII were launched in 2009. It was the only standalone Super35 CMOS sensor multi-purpose high speed camera available in the market.

In 2007 later P+S TECHNIK launched the SI-2K Digital Cinema Camera, in cooperation with Silicon Imaging.  The SI-2K and SI-3D Camera Systems are full 2K resolution 2/3 CMOS single sensor acquisition for 2D and s3D cinematography. The SI-2K became well-known as the camera of choice for the feature Slumdog Millionaire which received 8 Oscars and DP Anthony Dodd Mantle, ASC won the Oscar for Best Cinematography for his work for the movie.

P+S TECHNIK is also dedicated to advancing 3D stereography for broadcast and cinema together with pioneers in the field. The 3D Stereo Rig product family offers leading mirror rigs to cover the requirements of creatives as well as of producers for diverse types of productions - a Standard Rig and the Freestyle Rig opening the realms of camera movement for stereography.

Beginning in 2006 P+S TECHNIK began engineering efforts in the challenges and problems of audiovisual archiving of material. By the end 2008, P+S TECHNIK started the production of the SteadyFrame. As a new state-of-the-art digital film scanner for scanning great quantities of 16 mm and 35 mm archive film stock in brief time at a high quality without harming the film material. It also has the capability for other - even exotic - formats.

After the cine industry had begun to accommodate the transition to digital cinematography after the launch of ARRI’s digital camera Alexa, the innovative filmmakers were on the lookout for new choices to produce exceptional imagery. So, in 2012 P+S TECHNIK was approached to design a compact rehousing for the vintage Cooke Speed Panchro lenses and over several years hundreds of historic Panchro lenses have been rehoused by the Munich based manufacturer.

In 2016 P+S TECHNIK launched their first lens, designed from scratch, the 35-70 anamorphic 1.5x zoom lens, which was designed to offer a future proof, anamorphic lens solution to filmmakers working with 16:9 or Full Format (24x36) sensors.

Many years of restoring vintage lenses before rehousing gathered a great amount of knowledge about the glass elements and finally led to re-designing lens elements for selected vintage lenses. Amongst those was the most wanted, spare anamorphic glass for the Kowa Anamorphic lenses.

The successful re-engineering of the anamorphic glass for those popular vintage lenses, encouraged P+S TECHNIK to take their chances and got deeper into optical design with the goal to match the most compact anamorphic lenses. As a result, the Evolution 2X anamorphic lenses had been launched at NAB 2017.

April 2017 - change in management at P+S TECHNIK: Company founder Alfred Piffl decided to step back from the management to give the next generation the lead. He hands over the management of the company to his daughter Anna Piffl and his long-term business partner and head of development Andreas Dasser. Alfred Piffl continues to support the new team with his knowledge and experience in the areas of product management and production.

In 2018 P+S TECHNIK launches a modern version of the famous TECHNOVISION anamorphic lenses. The new TECHNOVISION Classic 1.5x anamorphics are designed to cover the larger sensors of cameras such as the Sony Venice, RED Monstro and the ARRI Alexa LF.

We are proud to provide innovative products with the highest level of development and manufacture to a globally operating cine industry since more than a fourth-century.