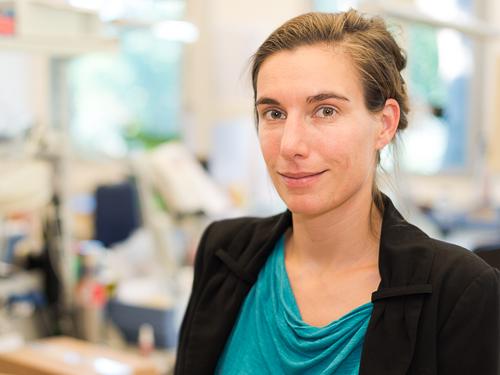 The Belgian based Cinematographer Christophe Nuyens is currently shooting a series produced through Gaumont in Paris. He is shooting in Full Frame with the TECHNOVISION 1.5X Anamorphics and ARRI Alexa LF and Mini LF.

We have the TECHNOVISION 40, 50, 75, 100 and 135mm Prime and the 40-70mm zoom. I was looking for interesting lenses for the show I'm shooting right now and we decided to work with Full Frame anamorphics. That's where it became complicated because at the moment there were not a lot of Full Frame anamorphic lenses. I tested the P+S Technik TECHNOVISION 1.5X Anamorphics and found them to be beautiful. They have a really nice vintage look. 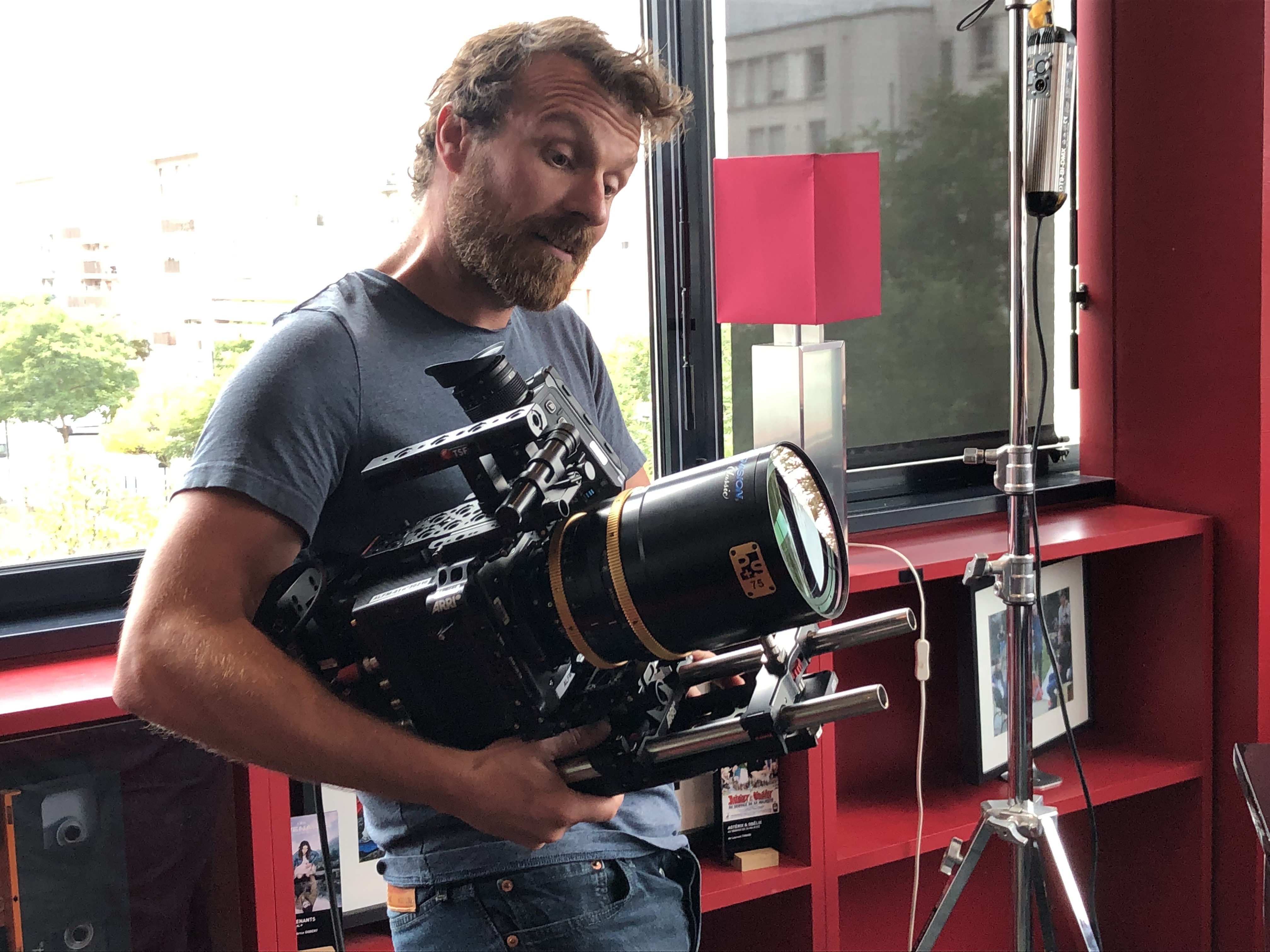 A Hybrid between a documentary and a dance-film that takes you on a journey of imagination. The main character is 80 years old Ruth, a former dancer. Together with her and a great selection of choreographers, dancers and artists she explores the process of imagination. 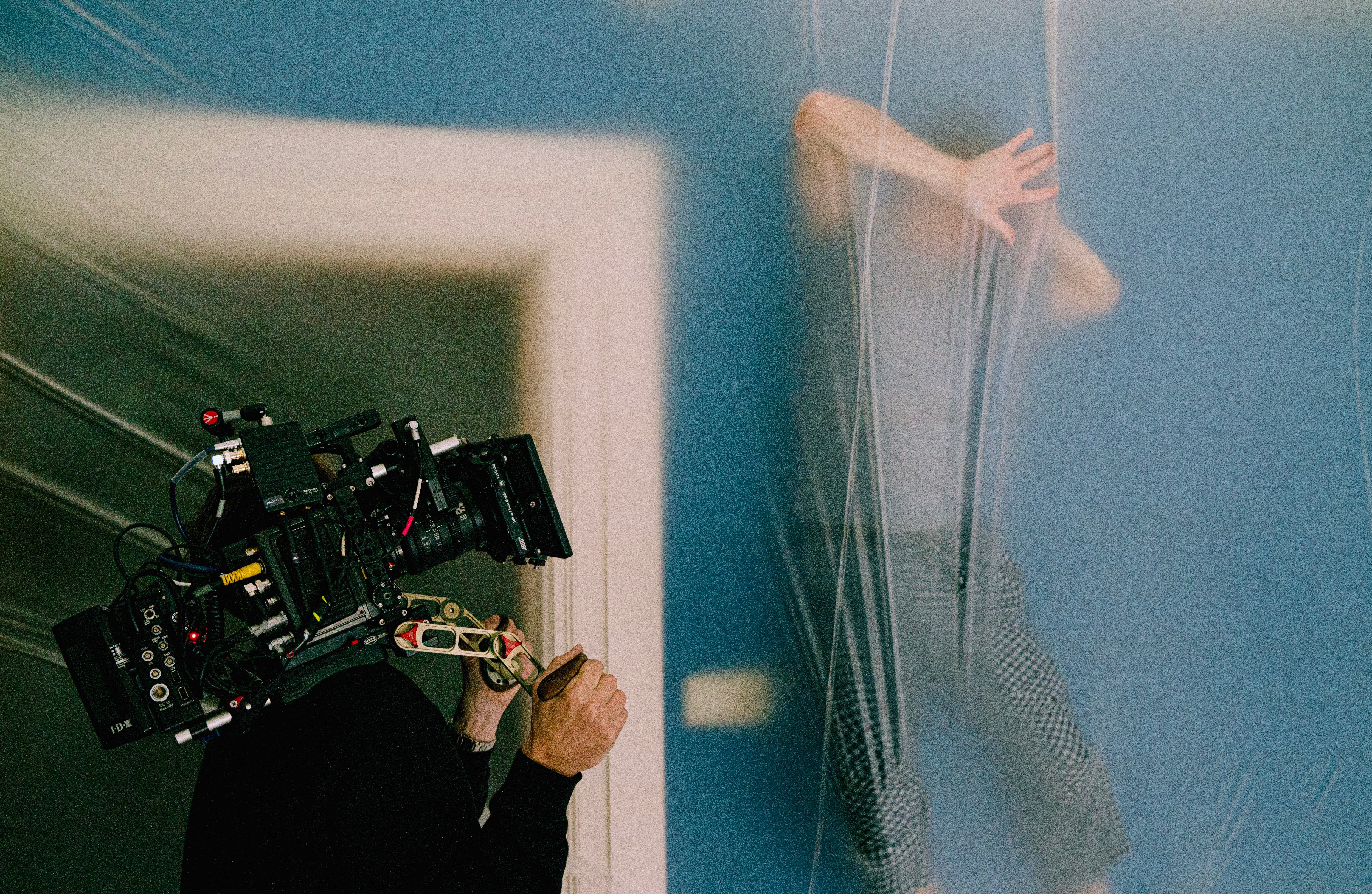 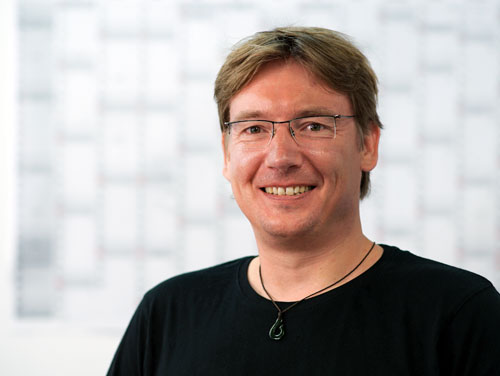 My experience with the CS 35-70mm was truly amazing! I really enjoyed the soft and warm look she has, so as the warm Si-Fy flare and side rainbow you can have when you play with the sun! In many of my films, I'm looking for an organic look that is not too clinical or to cold. I like this feature in a lens, having some distortions that reminds the human eye. The 35-70 CS was really good for that! 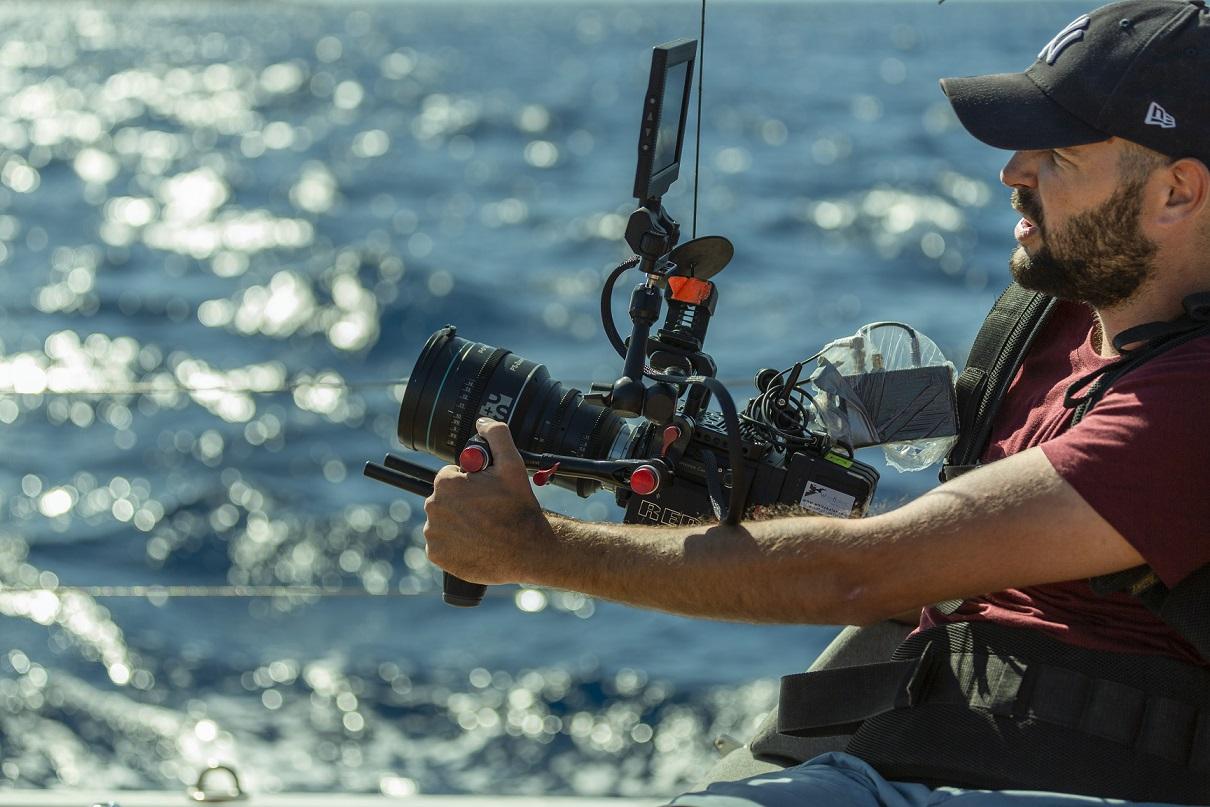 We are proud to announce that the new Netflix series MESSIAH was shot on the rehoused P+S TECHNIK Kowa lenses.

I loved these lenses, they were perfect for our production. The look helped create an image that was beautiful but with some of the anamorphic imperfections that suited the charactersof this production. The smaller size was an important consideration as a lot of the show was filmed using hand held cameras. The rehoused lenses are user friendly, helping the 1st AC with lens changes and building the camera more efficiently.

Many thanks to Danny Ruhlmann for sharing this feedback and pictures with us! 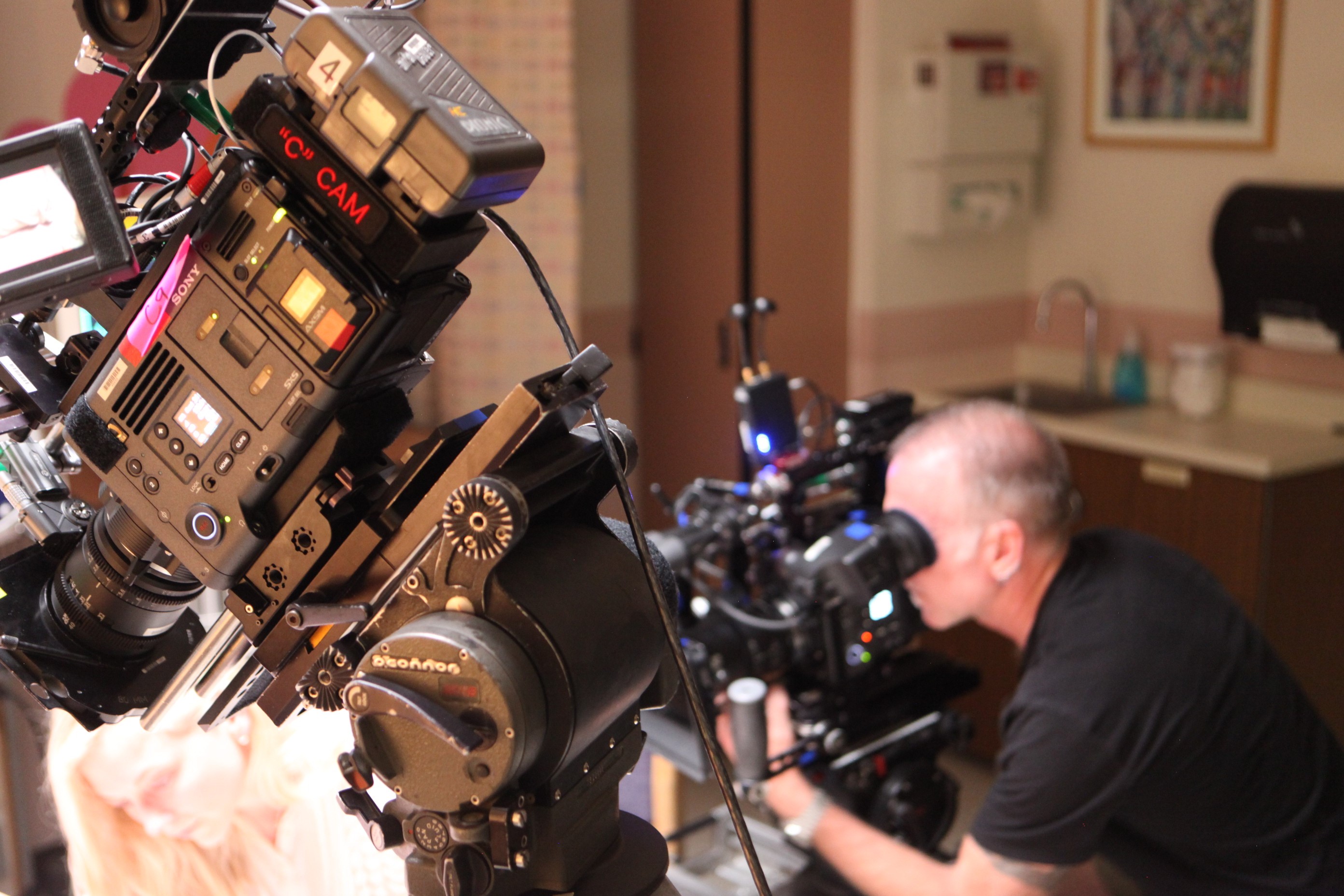 When I was told to make a mv for Li Yuchun's all brand new album, I fell to thinking the task for us to accomplish. Li Yuchun is an idol singer in China with influence, individual style and being a avant-garde in this field.

The character of this mv is tremendously different from the films, TV ads and other mv I made in the past. That's why the director and I tried to seek the deeper insight of human beings with philosophic thinking, regarding the contents and the video itself of the mv.

For me, I myself would rather present the sense of room and color to the audience rightly, making them feel it hard to tell the distance between the reality and the unreality. Having the access to the all brand new Evolution 2X lens, we are able to create such visionary effects. And in the meantime, each vocal end shows its charming and powerful tension. Besides, the performance of sharpness and color is far beyond the expectation, owing to the structural relation between figures and space. Some new improvements have been made, therefore the lens itself is not bulky while the original miniature and the flexibility have been kept which makes it possible that the pictures in motion could be taken with simplicity. On the other hand, the photographers can enjoy more convenience from it.

I will use Evolution 2X, a lens with unique characters, to make more films and videos in the days to come because it will provide me with an entirely different creating atmosphere and effects.

LensChecker at the set of "Charlie’s Angels"

The P+S TECHNIK LensChecker proved to be a valuable tool for the fast workflow of the 2nd unit on Sony’s new Charlie’s Angels feature film. The 2nd unit camera crew led by DoP Klemens Becker (Bourne Franchise, Gladiator, Blood Diamond) had the chance to test one of the first devices on set in Hamburg. 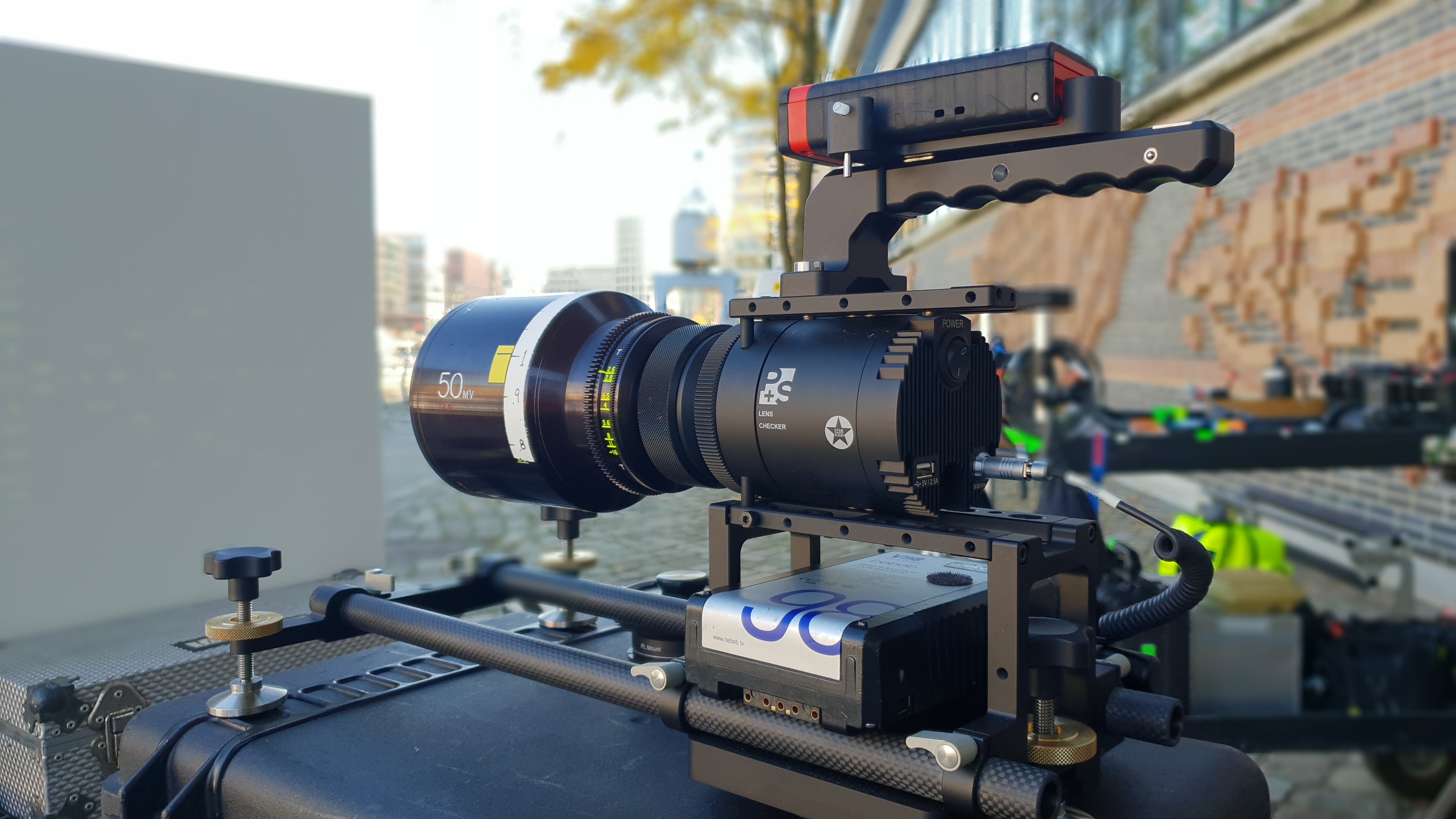 “I'm thrilled that the vast majority of ‘WOLF HOUND’ was filmed with P+S TECHNIK‘s Evolution 2X lenses; they helped us bring even more passion, soul and artistry to the screen and allowed for my first feature film as a director to be shot in true, classic anamorphic widescreen, which is a dream come true!” 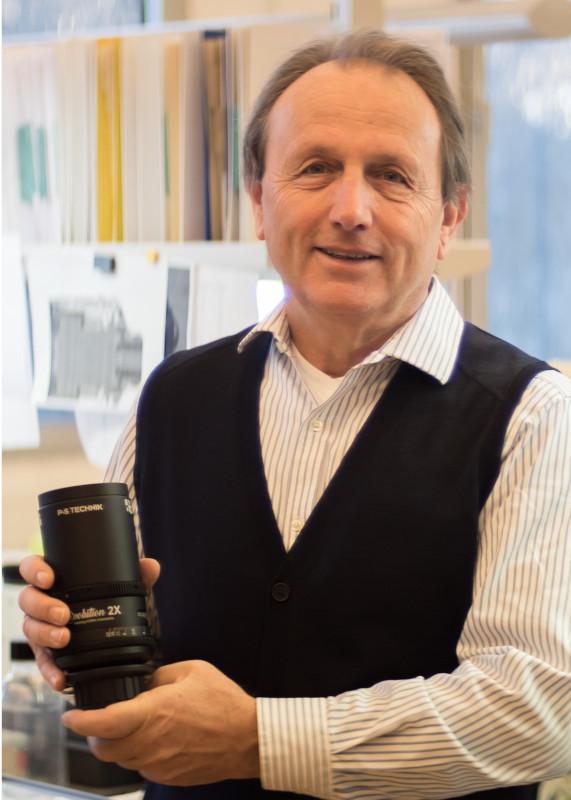 Alfred sadly and unexpectedly passed away on Sunday 6th January 2019, leaving an impossible void for his family, friends and colleagues.

As company founder and managing director of P+S Technik, Alfred energetically and courageously navigated the company for over 25 years through the ups and downs with his positive vision and charisma. Ultimately, P+S Technik was Alfred Piffl’s lifetime achievement.

Although Alfred stepped down from his position as managing director in 2017, he remained active within the company and was a key member of the development team behind P+S Technik’s latest series of lenses.

The two-minute clip shows Renault's efforts in the transformation from combustion engine to electric motor in their truck sector.

German DoP Janis Willbold was one of the first to shoot on P+S TECHNIK TECHNOVISION Classic 1.5X 50mm lens when producing a clip for Zumtobel Lighting GmbH.